Who is Jameis Winston?

For a fact, one cannot be a Tampa Bay Buccaneers fan and not know one of the most celebrated quarterbacks in NFL’s history – Jameis Winston. But how much do you know about this 25-year old American Football icon? Well, you probably know that he enjoys spectacular success, but his failures are also considerable and cannot be ignored. Ultimately, you know a guy who made a 64-yard pass against the ravens in 2018, and one who has made several plays that no other quarterback has made for decades. So here is the in-depth Jameis Winston Wonderlic Profile! 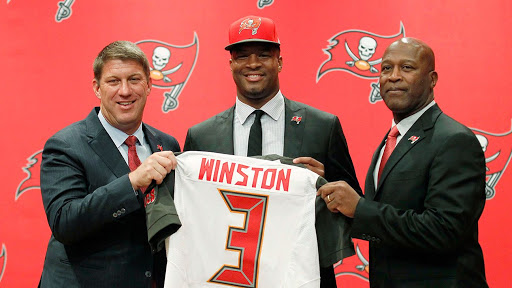 However, you need to know that passer ratings are not the only indicators of a quarterback’s value. There is a host of other measures such as the Defense Adjusted Value over Average, popularly known as DVOA. Unlike the passer rating, this one takes into account a range of factors such as strength of the opponent, game situation, down, and distance.

In the 2018 NFL season, James Winston’s DVOA dropped significantly from game to game. In week 8, he threw four interceptions in three quarters against the Bengals, and was benched as a result. Then, his DVOA dropped to 81.2% which indicated he was 81.2 percent worse than an average quarterback. However, he rose again in week 11 and led his team to victory with a DVOA of 118.0%.

Winston is an unpredictable quarterback. In fact, you never know what kind of quarterback you will watch in the next game with him on the field. This is what makes him a success, despite the controversy that surrounds his life.

Now that you have a glimpse of Winston’s professional profile, it’s time to shift gears and have a look at the Jameis Winston Wonderlic exam score, and whether or not it is a reflection of actual success.

NFL Wonderlic test scores are leaked every year, and according to multiple league sources, Winston scored an admirable 27 out of 50 in this aptitude test that is administered in the annual NFL scouting combine before the draft.

To pass this test as a quarterback, one must attain a pass mark of at least 24 out of 50, which means that Winston was three points above average, meaning he is a talented and knowledgeable player who cannot be ignored.

Having scored a 27, Jameis Winston was a point below Peyton Manning, both Russell Wilson of Seattle Seahawks, and Drew Brees of New Orleans Saints who scored 28. It places him at par with Joe Flacco of Baltimore Ravens and two pints ahead of Ben Roethlisberger of the Pittsburgh Steelers who got a 25. Other significant players include Blake Bortles who scored 28 and Johnny Manziel who scored 32. 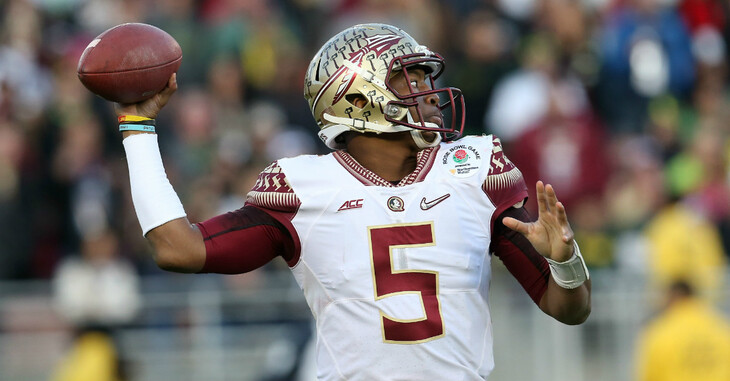 Although some critics argue that the NFL Wonderlic test scores are losing relevance, we cannot shy away from the fact that they are critical in some positions that require high levels of decision-making skills such as the quarterback.

Of course, having the highest scores doesn’t mean that one must be the best player in the NFL. We have seen players such as Blaine Gabbert who scored a respectable 43 out of 50 in the Wonderlic test but he is visibly struggling in the NFL.

Winston, having been accepted at Stanford before picking FCU during his recruitment process and having won the academic All-ACC honors twice, is undoubtedly an American football player that possesses a perfect blend of talent and intelligence. Therefore, his Wonscore shouldn’t come as a surprise as many would perceive it. He is a smart quarterback, and more often than not, he does a commendable job of reading defenses, audibling plays, and most importantly, making the right decisions.

Although his constant brash personality and several off-field incidents give people the impression that he is someone with low intelligence, Winston has been praised by a section of the media and coaches thanks to his unmatched cognitive abilities, which are backed by his above average Wonderlic scores.